Early wake up for a new navigation towards Fez in Morocco. the ceiling is pritty low, 20 knots of wind, despite everything Olivier finds us a VFR route under the condition that we all take off between 12:00 and 13:00, the foreseen meteo window. We have to file a flight plan. Unfortunately Madrid refused our flight plans because we had to clear customs. 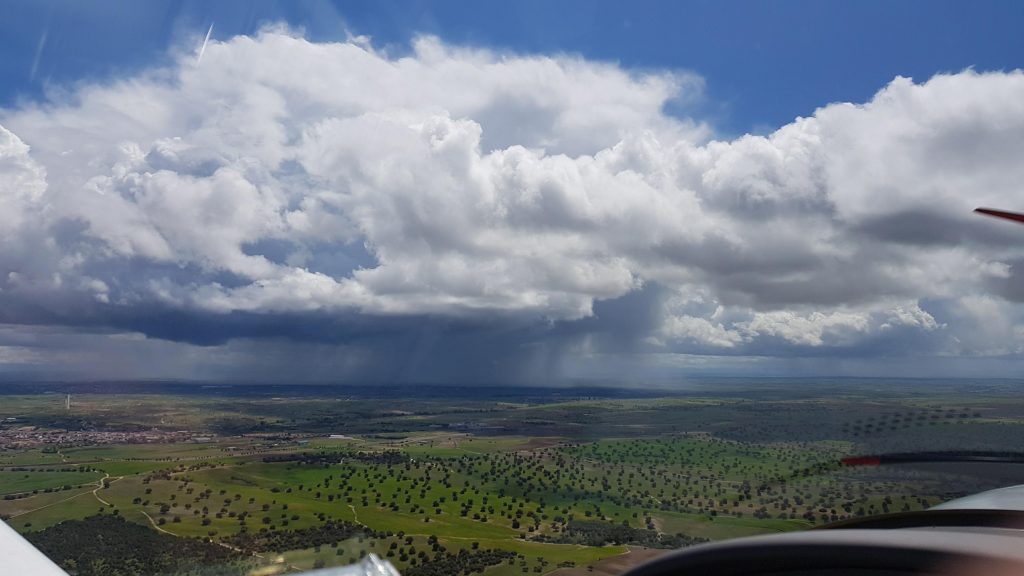 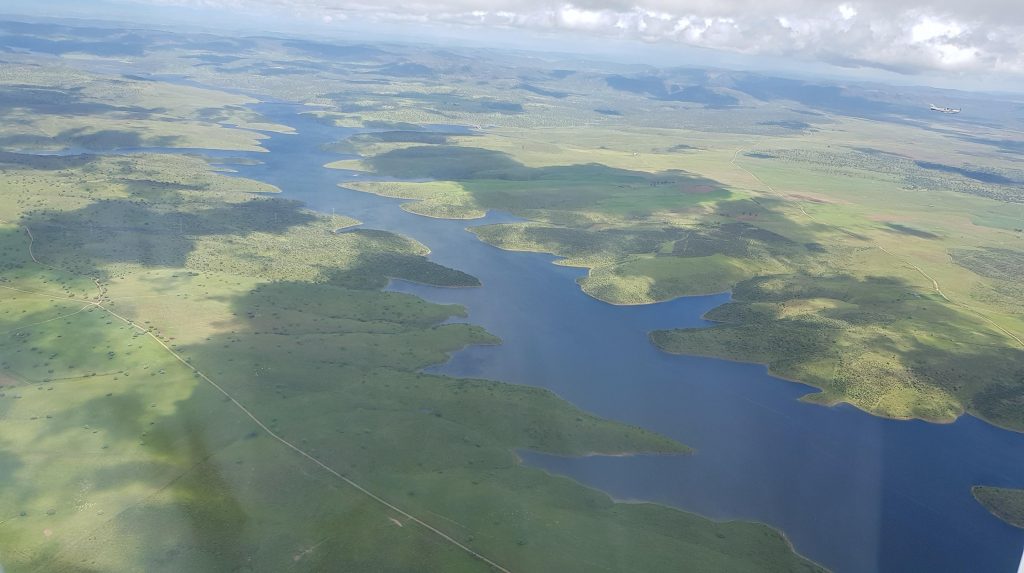 They were supposed to come on the spot, but ar the end … after long hours of waiting and long discussions ….. no customs. Finally, around 3 pm Olivier and Richard drew up a plan B – immediate takeoff to Trebujena, a small airfield near Jerez where customs are waiting for us. 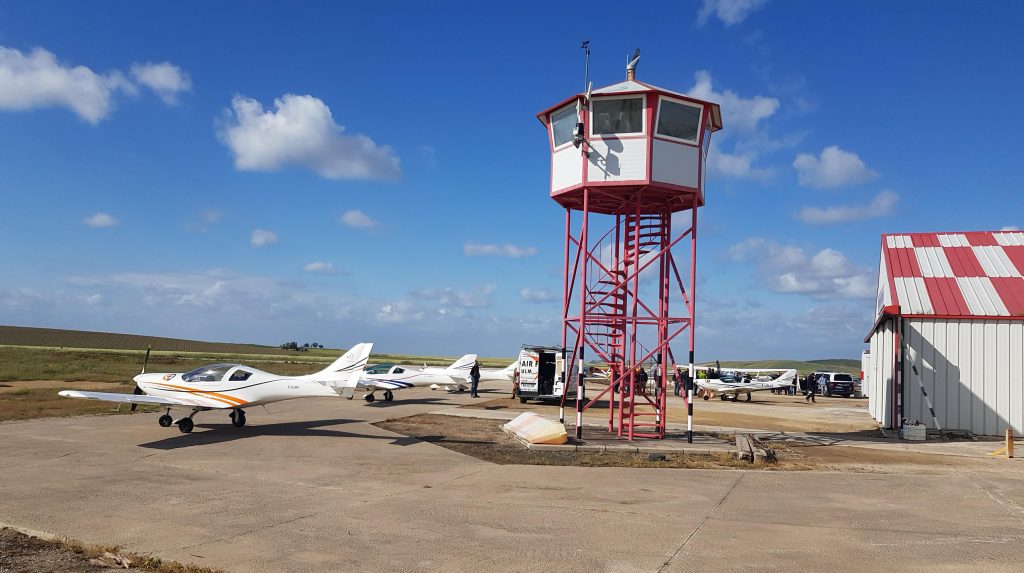 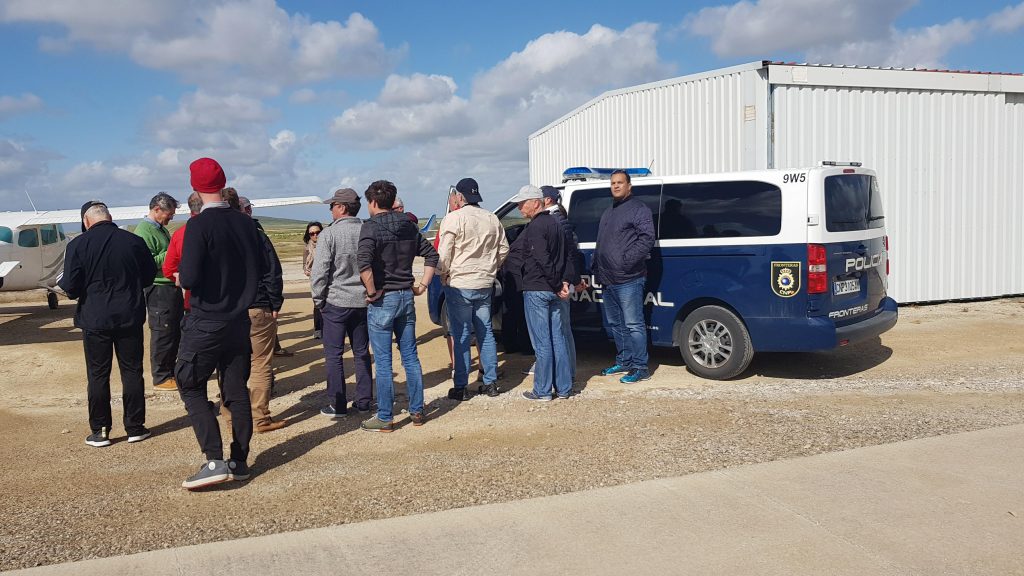 Arrived at Trebujena, after a turbulent flight between the vultures and the mountains of the south of Spain, 8 pilots are embarked by the “Guardia Civil” to go to the customs office at the Jerez airport. Luckily after 15 minutes customs released everybody, the taxidriver drove 45 min over small roads back to the airfield reatching sometimes at 130km / h. The squadrons finally take off towards the African continent, the last pilots leaving Trebujena at 19:30 for 1 hour and 30 minutes passing the way of Gibraltar and Ceuta. 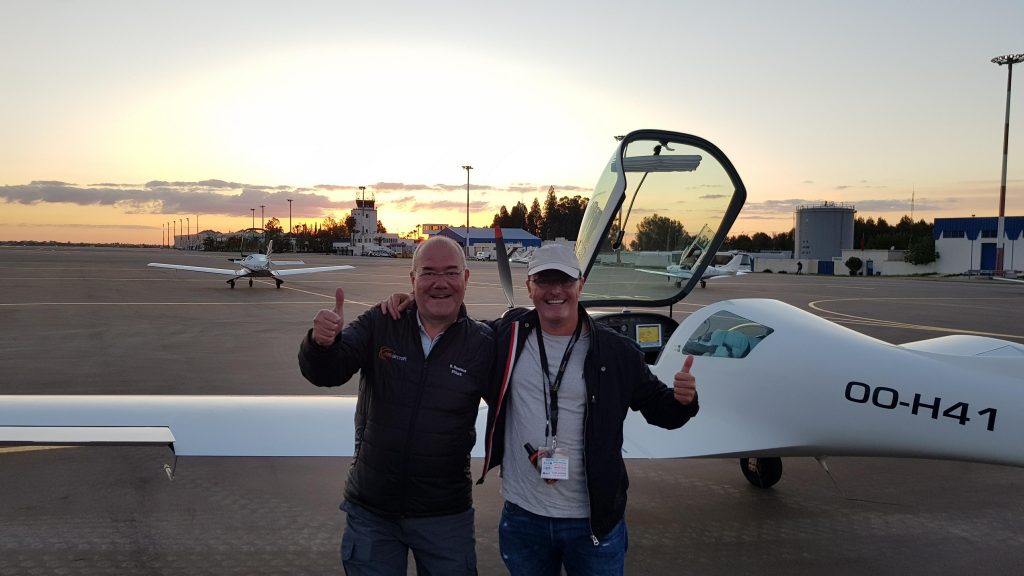 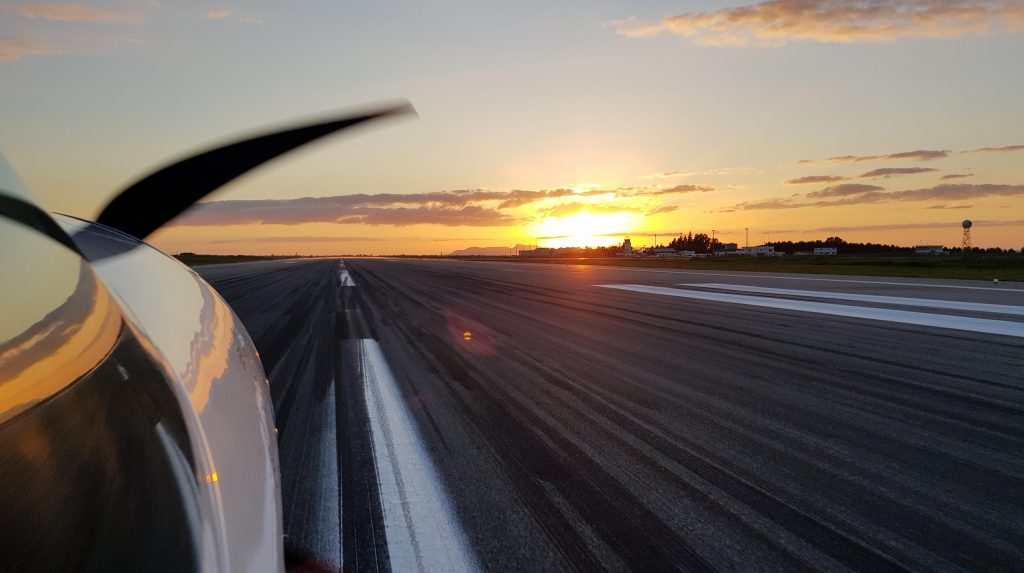 The last machines landed in Fes just at Sunset. Magnificent hotel Marriot where all the pilots could meet for a well deserved aperitif. 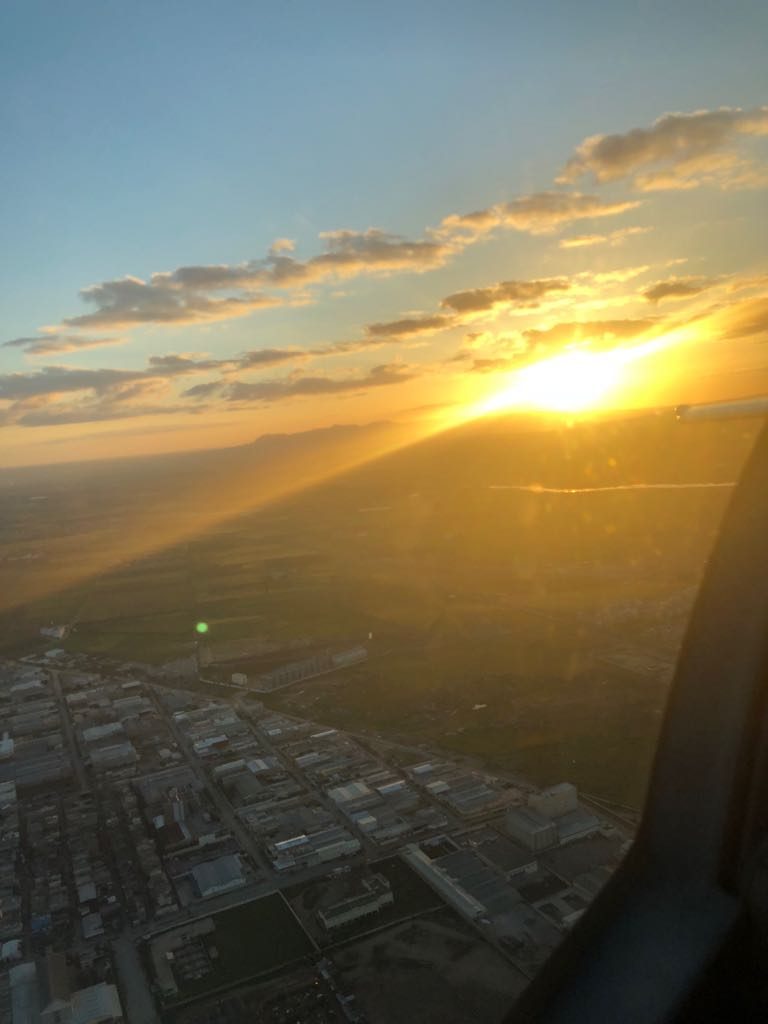 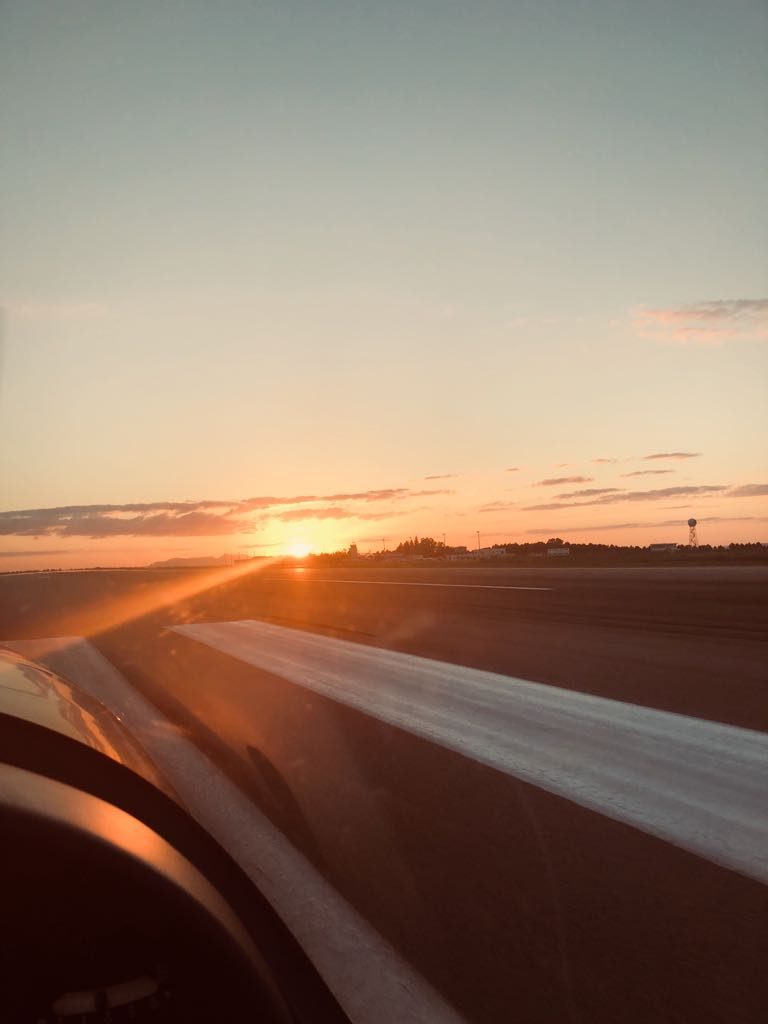 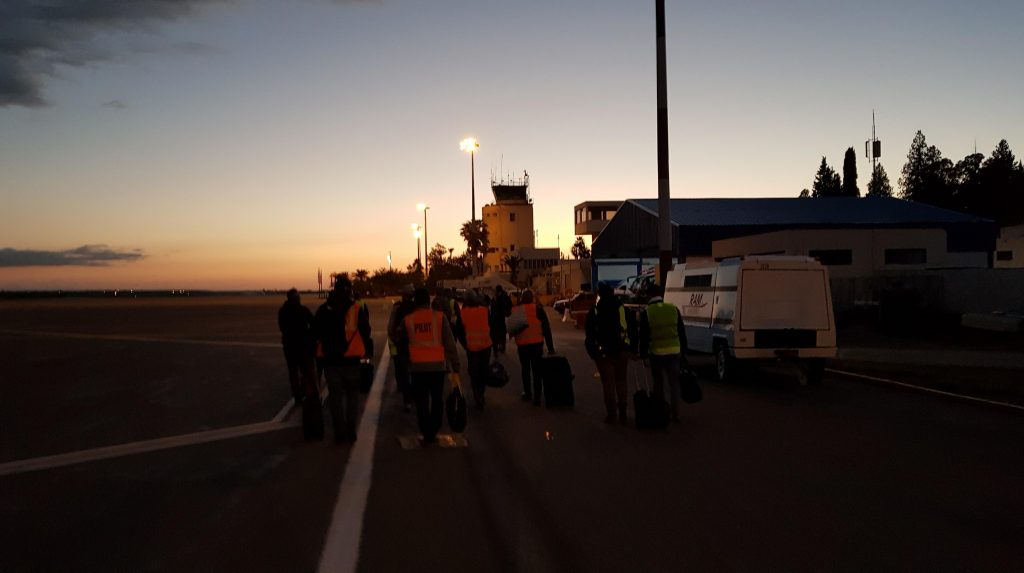 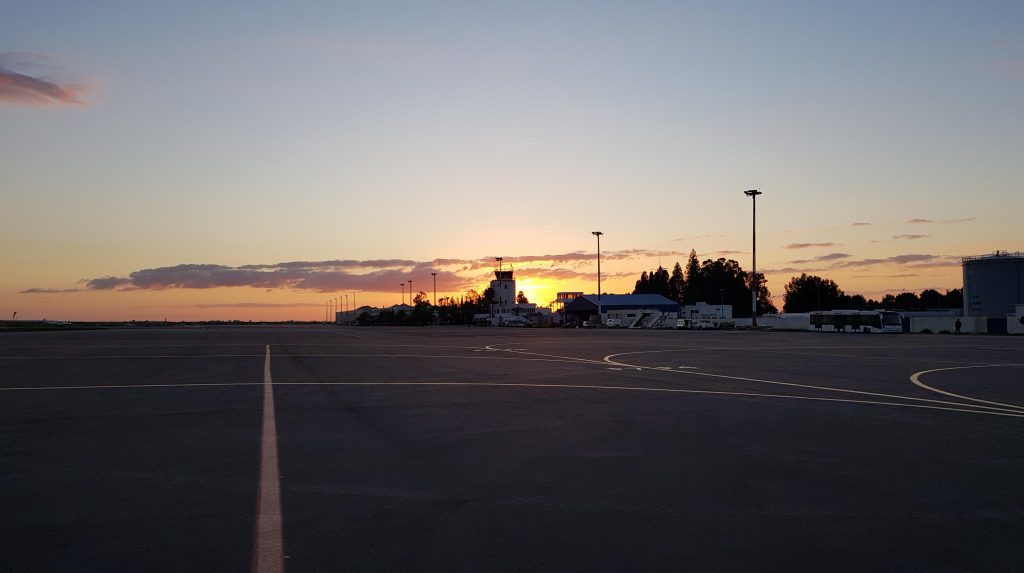 A day of twists and turns that ends in beauty, thanks to Olivier and Richard who used all available means and even more so that all the scuadrons arrived at their destination. 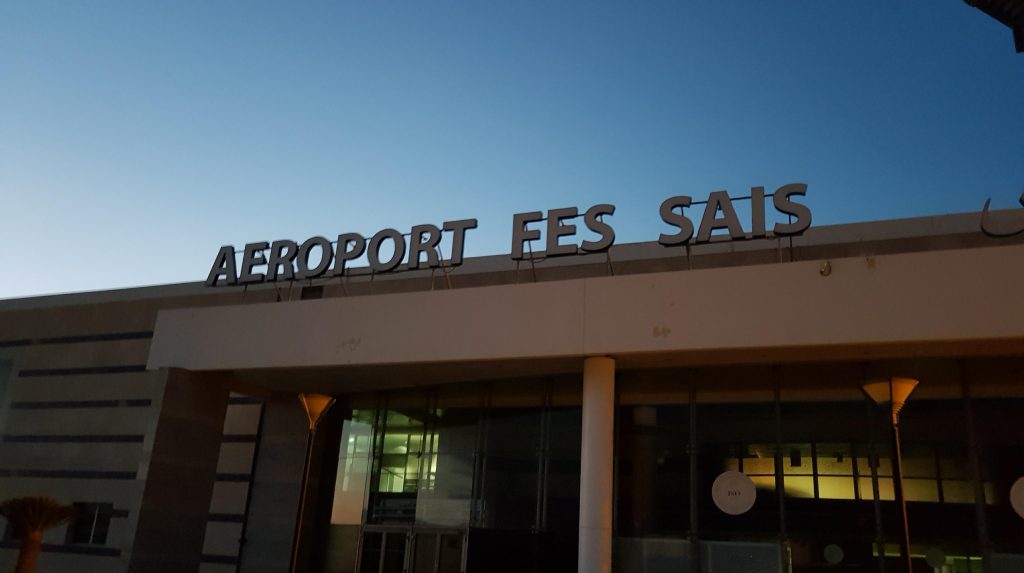 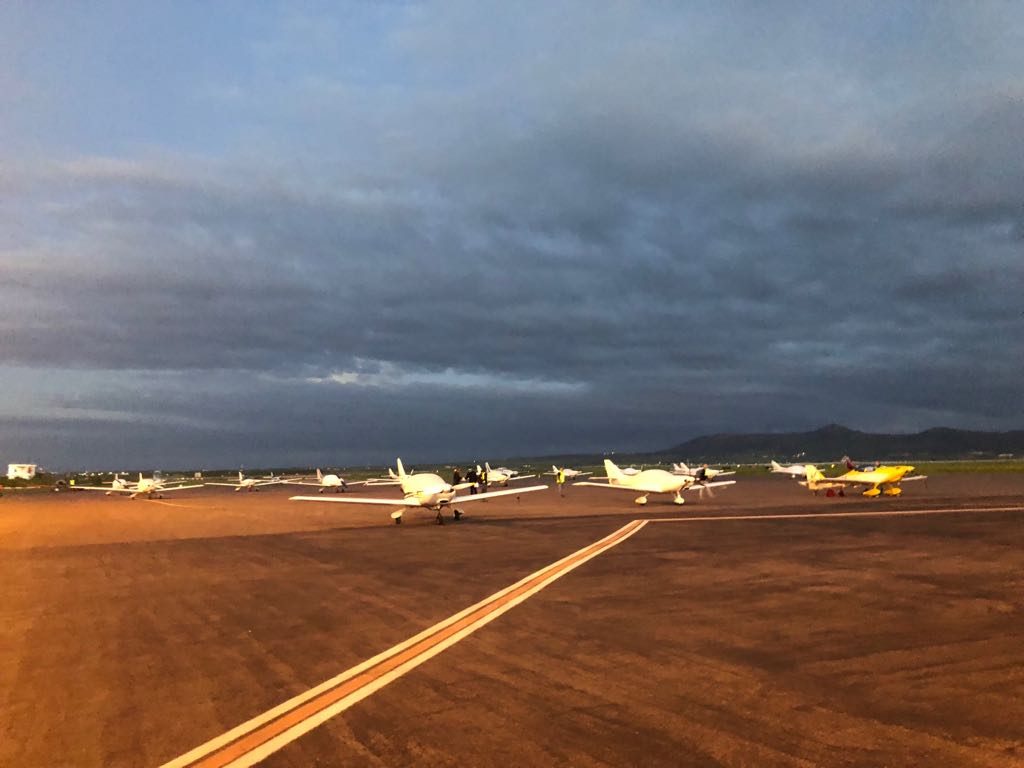